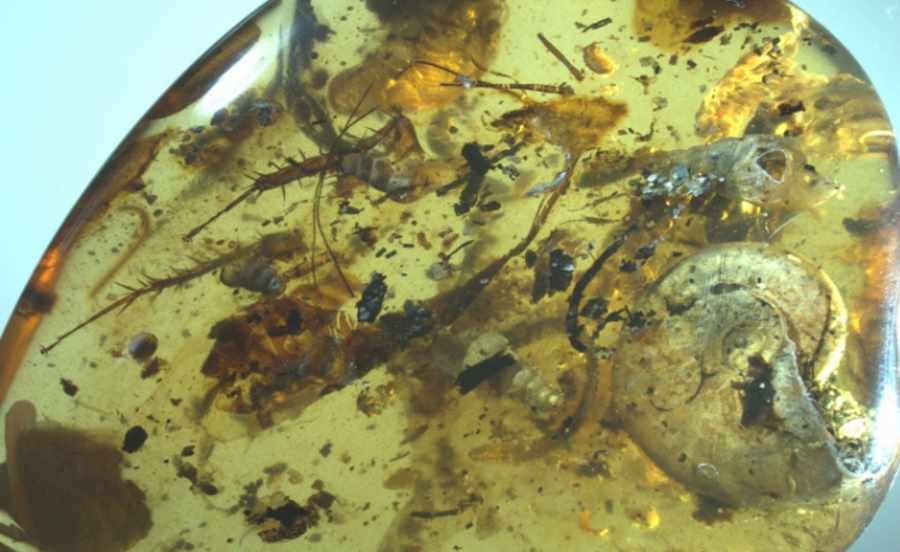 Coastal organisms from 99 million years ago preserved in amber

Scientists found perfectly preserved remains of marine organisms in amber. This is a very rare find. Most of the specimens trapped in amber are terrestrial organisms. The find is about 99 million years old.

Most of the ancient organismów trapped in amber, whichóre have been discovered by researchers, it is land creatures. Very rare are specimens of the organismóin the sea, whichóre fell into the amber trap. Several such specimensów have just been discovered by scientists led by Professor Wang Bo of the Chinese Academy of Sciences, which they boasted in the pages of the „PNAS”.

Amber from Myanmar (formerly Burma) is an extremely rich source ofóA source of knowledge about the natural world 100 million years agoóin years. Frogs, spiders, snakes or rather strange worms have already been found encased in it. Now paleontologists have discovered four marine gastropods, a juvenile representative of ammonites, and several równonogów. The finding was made in póof the northern part of Myanmar. Researchers have estimated the age of the organismóin 99 millionów lat.

But in addition to sea creatures, amber also contains land organisms. These include mites, a spider, several flies, beetles, a wasp, a crocodile and a cockroach. And all this in a tiny piece measuring just 33 millimeters by 9.5 millimeters by 29 millimetersów.

„It is rare to find aquatic organisms in amber, not móalready including macroscopic tidal marine organisms mixed with terrestrial and potentially freshwater organisms” – wrote the scientists in the publication.

Researchers used X-ray computed microtomography (micro-CT) to obtain trójdimensional imageów high-resolution ammonite. They discovered that it is a young specimen of Bhimaites – cephalopod typeów of the extinct ammonite subclusterów.

But how did it happen that the ammonite, an extinct relative of the squid that inhabited the sea, was preserved in a piece of amber, który also contains terrestrial organisms? The researchers found indicationsówks in shells. 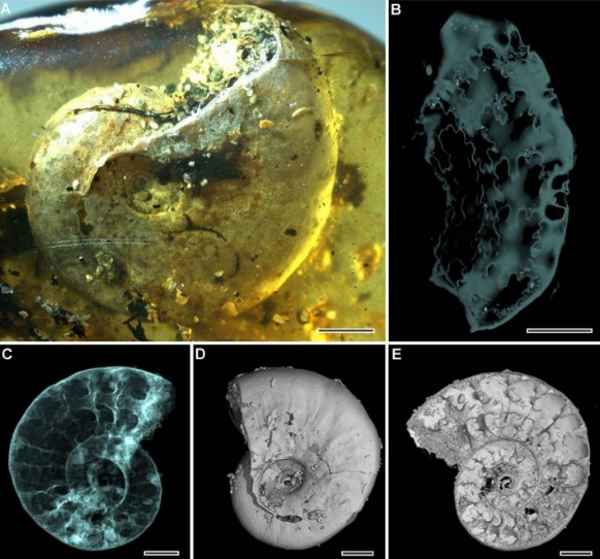 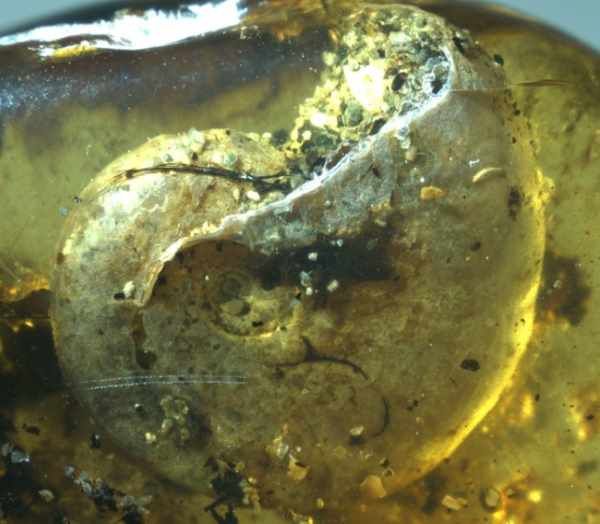 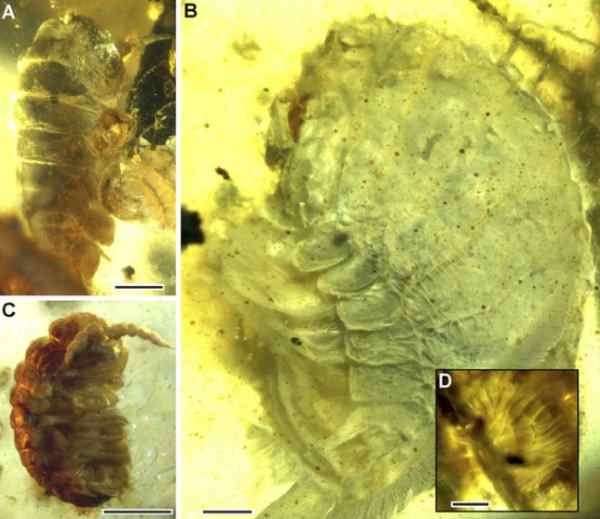 All shells are empty with no soft tissue, so the organisms were long gone when they were engulfed by resin. The outer shell of the ammonite is broken off, and the entrance to the shell is full of sand. Amber contains róAlso additional sand.

The most likely explanation for the occurrence of the organismóin sea and land in amber is that the sandy beach covered with shells was near trees that produce resin. Insects were trapped in the resin while it was still on the tree. As it flowed down the tree trunk, it trapped organisms, które veins at its baseó¿a. Having reached the beach, she flooded the already empty shells of organismsóin marine.